Assistive Devices for Disability: Past, Present, and Future 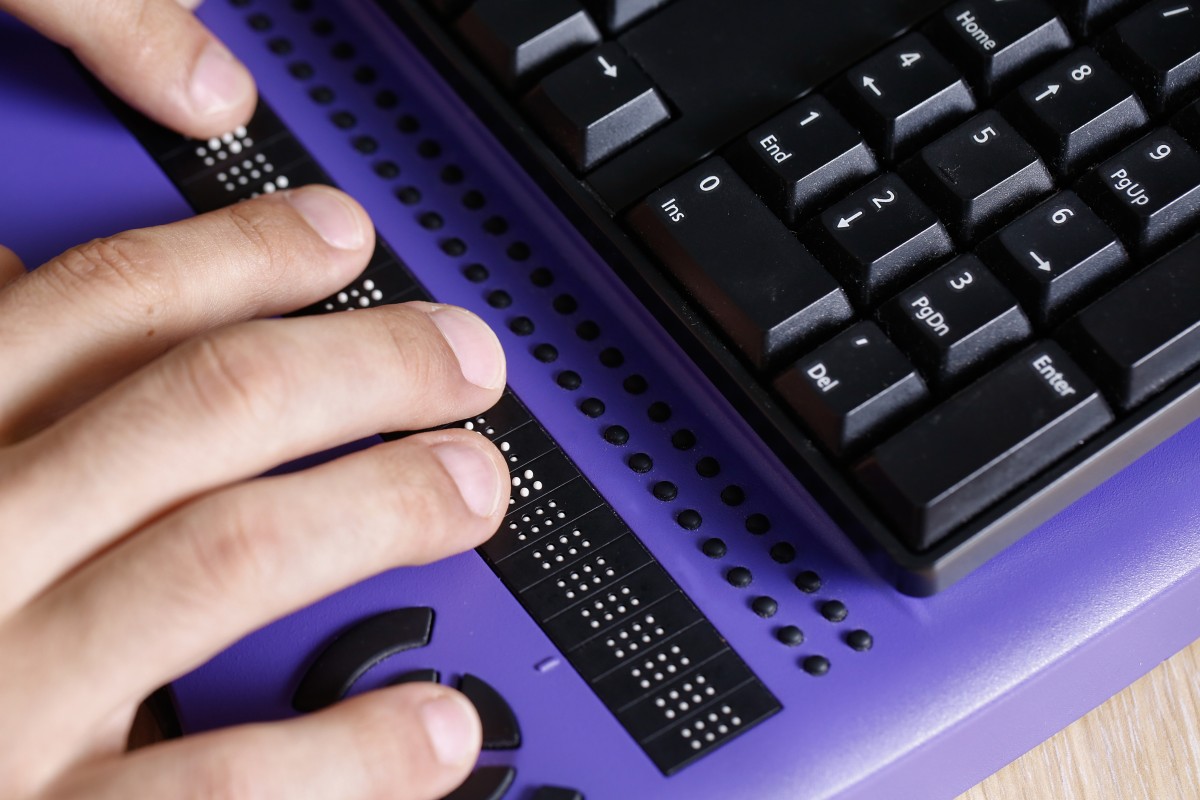 The 21st century has witnessed numerous technological progress in a variety of fields, including improvements to help people work with their disabilities. Assistive technology is one of those advancements for people with disabilities and has positively impacted thousands of lives.

Adaptive technology is any equipment, device, or software that enables people to learn, operate, and communicate better. It specifically refers to enhanced existing technologies that help people perform specific tasks. Some adaptive technology examples include:

Adaptive and assistive devices have allowed people with a range of disabilities to live independent lives and overcome challenges.

Timeline of Past Assistive Devices

The origins of assistive devices can perhaps be traced to the first wheelchair hundreds of years ago, though the creation of Braille in the 19th century is commonly referred to as the root of modern assistive technology devices.

Still used widely today, Braille is a tactile writing system used by the blind and visually impaired. It was officially published in 1929 after being developed by Frenchman Louis Braille. Braille had been blinded by an accident as a child.

The first electronic hearing aids are created and are small enough to fit into a purse. They are named the Akouphone.

The phonograph is used for talking books for both entertainment and education.

AT&T develops the first electronic speech synthesizer, calling it the Voder. It incorporates a keyboard and foot pedals to play the machine and release speech.

Advancements are made in miniaturizing hearing aids and making them easier to use.

The Perkins Brailler typewriter is invented to allow people to type in Braille. Previously, writing Braille was a difficult process.

Developed by the University of Chicago, the Sip and Puff technology controls the device through air pressure, such as puffing through a straw. Sip and Puff systems are used today mainly for people who are quadriplegics.

This card allows people with disabilities to use an alternative keyboard on a computer and also requires only one switch.

The augmented communication company is founded; they eventually develop a device that enables people to communicate with only eye movements.

FM amplification technology benefits students with hearing impairments, as well as other students in the classroom.

The creators of SMART boards develop a SMART table that benefits students with motor challenges.

Apple products, such as the iPhone, iPod, and iPad, have numerous apps that people and students with disabilities such as voice recording.

There have been plenty of advancements in assistive technology devices since the creation of Braille in the 19th century. Now more than ever, there are assistive devices enabling people and students with disabilities to live independent lives and further their education and careers.

Some of the latest types of assistive technology advancements include:

Created by the University of San Diego, Smart Gloves translate sign language signs to digital text that can appear on a computer screen or smartphone. The hand movements are recognized by electrical variances that the gloves recognize.

This system allows people with disabilities to communicate with only eye movements. Though this technology is not new, the latest advancements allow people with disabilities such as paralysis and cerebral palsy to interact with an on-screen keyboard. The user can enter words or phrases into the keyboard using their eyes, which translates the words into spoken text.

This hearing aid implant picks up more than just a sound aid; it picks up sound and transmits it to a computer, which translates the sound into a digital signal back to the hearing aid. The hearing aid stimulates the auditory nerve, allowing people with extremely limited hearing to have much better communication.

Invented by Dean Karmon, the DEKA robotic arm was designed for injured soldiers who lost an arm in conflict. Weighing less than 8 pounds, the DEKA robotic appendage is so precise, it can easily peel an orange. It also has a sensory feedback system in the form of vibrations; the stronger the vibrations, the stronger the grip. This helps the user determine the strength of grip and measure of pressure being used.

The Future of Assistive Devices

Car for the Blind

Currently being developed by engineer Dennis Hong, a car designed for the blind will be able to monitor and observe its environment while providing sound and vibrations for the driver. These sensory inputs may include sound alerts, vibrating gloves, or seat vibrations to name a few. Such a car would allow a blind person to have complete independence and the ability to drive.

As one of Florida’s leading disability resources, we strive every day to help the disabled and their families sustain a healthy standard of living, whether it’s by offering the latest news through our blogs, or by providing information to help the disabled understand his/her options for benefits.

If you have any additional questions on disability assistance through various state/federal programs or would like advice on how to apply for these disability resources and services, don’t hesitate to contact us today.