How a Ban on Plastic Straws Hurts the Disabled 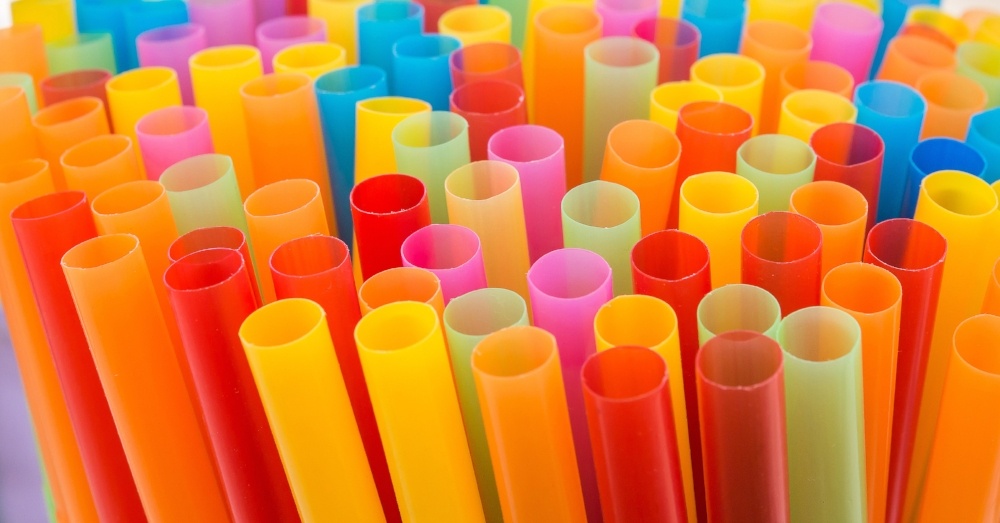 Earlier this month, Starbucks and American Airlines became the first two major companies to announce that they were phasing out plastic straws, and Seattle became the first U.S. city to ban them from food service establishments. While there’s no doubt that eliminating the use of plastic straws does offer environmental and health benefits, it also poses new challenges to people with disabilities, some of whom require a straw just to take a drink.

Let’s take a look at both sides of the story.

The post-WW2 economic boom of the 1950s turned McDonald’s and other fast food restaurants into American icons. But there was a problem with take-out sodas; the sharp crosshairs of the plastic lids that allowed for a straw to be inserted would often tear into the paper straws prevalent at the time. In response, restaurants turned to plastic. Fast forward 70 years, and today the United States uses approximately 500 million plastic straws per day—that’s enough straws to wrap the circumference of the Earth 2.5 times or to fill Yankee Stadium over nine times per year!

But waste isn’t the only problem with our shiny plastic sippies. Plastic straws do not biodegrade—instead, they photodegrade, turning into smaller and smaller pieces which injure marine and land animals (marine biologist Christine Figgener filmed her team removing a plastic straw stuck in a sea turtle’s nose in 2015, helping to spark the anti-plastic straw movement).

That’s not all. As the straws photodegrade further, they also get ingested by animals, and can ultimately wind up in our own food chain. Dangerous toxins from straws have been discovered in mother’s breast milk and stored in human body fat.

The Sunshine State has always been concerned with marine life, and as a result Miami Beach and Fort Myers have already enacted plastic straw bans. St. Petersburg may be the next to abolish plastic straws; proponents of the ban have organized “No Straws St. Pete” in an effort to have them eliminated. St. Pete Mayor Rick Kriseman recently said, “I applaud this effort and this campaign. Our natural environment, and that includes our world-famous waterfront, must be protected."

While no one can argue with the environmental and health benefits posed by the ban, what does this mean for Floridians with disabilities who rely on straws just to have a drink or hydrate after a day in the Florida sun?

The Need for Plastic Straws

Many people take straws for granted; after all, they can just pick up the cup and put it to their lips. But for those suffering from cerebral palsy, multiple sclerosis, muscular dystrophy, loss of limbs, or a host of other disabilities, the straw represents freedom. It may surprise some to learn that the bendy plastic straw was actually not invented for the convenience of everyday folks or kids; Joseph B. Friedman invented the “Flex-Straw” in the 1940s as a tool to help disabled and reclined patients in hospitals drink from a cup. So the benefits of a plastic straw for the disabled has been recognized for over 70 years.

Some ban advocates ask why disabled individuals simply don’t bring their own straws when they head out. Karin Hitselberger, a disability advocate with cerebral palsy, has the perfect response. “Living with a disability takes a lot of planning and energy and learning how to exist in a world that is not made for you,” she writes. “I’d rather not add straws to my list of worries every time I go out.”

With protests being planned around the country, Starbucks released a statement last week specifying that straws would be available for anyone who asks to use them. “Starbucks offers, and will continue to offer, straws to customers who need or request them in our stores,” the statement said. Of course, the statement doesn’t specify whether the straws would be plastic. That leads us next to the argument against plastic alternatives.

What About Plastic Straw Alternatives?

Many wanting plastic straws banned have pointed out that there are alternatives to plastic, such as paper, biodegradable plastics, and reusable straws made of metal or silicone. Unfortunately, none of these are a good plastic substitute for the disabled.

People unsympathetic toward the challenges of the disabled have posed the question, “what did the disabled do before plastic straws were invented?” Shaun Bickley, co-chair of the Seattle Commission for People with DisAbilities, bites back. “They aspirated liquid in their lungs, developed pneumonia, and died.”

However well-intended, the plastic straw ban negatively affects millions of people with disabilities and puts their rights under attack. Alternatives to plastic aren’t a good option, and asking the disabled to pack their own simply adds another inconvenience to their already challenging lives. If laws are to be enacted banning straws, another law requiring restaurants to keep plastic straws stocked and available to those who request them should also be put in place. It’s a small accommodation that is a very big deal, because taking away the ability to sip from a straw takes away a piece of independence for millions.