Can You Receive Disability Benefits for Alzheimer’s Disease?

Alzheimer’s Disease, or AD, can be a terrifying condition to live with. The disease is well-known for its effects on senior citizens over the age of 65—the loss of cognitive functions such as memory, language, and judgment which make it progressively harder and harder to cope each and every day. 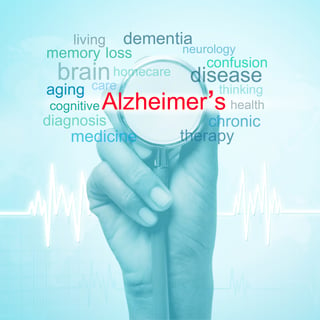 According to statistics from the Alzheimer’s Association, “an estimated 5.4 million Americans of all ages have Alzheimer’s disease in 2016.” Sufferers of this condition may require support to perform even basic life-sustaining tasks.

This leads many to ask if Alzheimer’s disease qualifies for Social Security Disability Insurance (SSDI) benefits.

Can Alzheimer’s Qualify You or a Loved One for Disability?

As a condition that primarily affects the elderly, one might think that Alzheimer’s disease would be something that you couldn’t get SSDI benefits for. After all, wouldn’t you already be collecting retirement benefits before you could develop AD?

Disability benefits automatically convert to retirement benefits once you hit full retirement age, so getting disability for Alzheimer’s would be impossible, right?

Unfortunately, Alzheimer’s doesn’t only strike those over the age of 65. Some people can develop AD symptoms well before their 60s—a condition known as Early-Onset Alzheimer’s. According to Alz.org statistics, “approximately 200,000 individuals are under age 65,” meaning that they suffer from early-onset Alzheimer’s.

Early-onset Alzheimer’s does qualify for SSDI benefits. As noted on the Social Security Administration’s SSA.gov website, Alzheimer’s can meet listing “12.02 or 11.17,” the Organic Mental Disorders and the Neurodegenerative Disorders of the Central Nervous System, respectively.

The trouble is that, while it is an accepted disorder on the SSA’s list of compassionate allowances—meaning that it has a streamlined application process—mental disorders like Alzheimer’s can be very difficult to prove, especially in their early stages.

To qualify for disability with early-onset Alzheimer’s, you need to have clinical evidence/documentation of a progressive dementia condition. However, the initial symptoms of early-onset AD aren’t usually very obvious.

As noted by the SSA, “the onset of AD is subtle… because people with early-onset AD are often in the work force, it is not uncommon for the disease to first manifest as a decline or loss in their ability to perform work-related activities.” This can lead to misdiagnosis of AD as a less severe condition.

By the time symptoms are severe enough for a clear diagnosis, the person suffering from Alzheimer’s might be so impaired that filing for SSDI is difficult. If a loved one has this condition, you may need to help them file for their SSDI benefits.

To qualify for SSDI for Alzheimer’s, like with any disabling condition, you’ll need to meet the work history requirement. This can be problematic for some.

This could complicate the calculation for your recent work test.

For example, say that your early-onset AD became severe enough to render you disabled under SSA guidelines at age 55. To pass the recent work test, you need to have worked at least 5 years “out of the 10-year period ending with the quarter your disability began.”

In this example, let’s say you worked pretty consistently from age 48 to age 52 for four years of work. After 52, your condition began to compromise your ability to work—costing you your job—but it wasn’t enough for a clinical diagnosis, and you only had one year of work from age 45 to age 46.

If the SSA puts your date of disability later in the year at age 55, you might not meet the recent work test because you’d be missing out on some of the work history from the first half of the year when you were 45, leaving you with less than 5 full years of work history.

Without strong medical evidence to place your date of disability at an earlier time, this could result in a technical rejection of your application—even if you clearly meet the medical requirements.

This is why if you believe that you or a loved one has early-onset AD, you should do as much as you can to collect evidence and seek help from a qualified, reputable physician, neurologist, or psychologist as soon as possible.

Doing so can help you prove the date of disability so you have an easier time meeting work history tests—not to mention helping you prove the disabling condition.

What if My Claim is Rejected?

If you get rejected, don’t give up. There are a lot of reasons why your claim could be rejected, including technicalities that can easily be fixed. Also, even if you don’t meet the work history requirement, you could still qualify for Supplemental Security Income (SSI) that can help cover some basic living expenses.

You can also consult with a dedicated Social Security disability advocate to help you organize your evidence and present your case to the SSA so you don’t have to do it all alone.

If you or a loved one suffers from Alzheimer’s, take action today!